This is the first in an ongoing series where Scott is going to arbitrarily match up famous drunk people and ruminate on who would win in a drink-off.

These well-known drunks were famous for their functionality. Both were prolific workers who didn’t let their “art” get in the way of their getting severely drunk on a daily basis. I have to give the nod to Gleason here, who was said to have drank at least a bottle of whiskey every day during his prime, including while he was working. Gleason would come out for his variety show with a glass of scotch, and then would smoke cigarettes the entire time. Bogart drank more in the style of my older brother—he was known for sitting quietly at a bar and drinking steadily until he passed out.

I’m going with Hasselhoff over Gibson here. This may seem counter-intuitive, but stay with me. Gibson seems like an angry individual in general, whose alcohol abuse only makes things worse. Give the guy a hard cider and he’ll start talking about bombing Israel or some crazy shit. The Hoff always seemed more about just getting wrecked, having some fun, and eating burgers in bath tubs. A guy who is such a happy drunk would send Gibson into some kind of weird rage, and he would lose whatever drinking competition they were competing in.

Both of these dudes are known as drunks and potentially alcoholics, but they’ve both done a pretty great job of maintaining their careers without getting into a lot of publicized trouble because of drinking. I have to give Depp the edge in this one because the guy just seems more intense and determined than Affleck. Also, Depp got a tattoo changed from “Winona Forever” to “Wino Forever” when Ryder called off their engagement back in the 90s.

Clooney is a forever bachelor who basically does whatever he wants whenever he wants, and this includes drinking to excess. However, I have to go with Pitt in a head-to-head matchup, because Pitt has a family. He has to live with like 18 kids and Angelina Jolie, who I’m sure is always doing crazy stuff that makes him shake his head and wish he had a drink. When Pitt has the opportunity to binge drink, he probably seizes it for all it’s worth and goes for broke.

Oliver Reed is most famous these days for dying of a massive heart attack at a bar during a break from the filming of Gladiator. Reed used to get upset during interviews that questions about his extreme drinking skills were asked instead of questions about his forthcoming projects or his actual ability to be an actor. So he’d be a formidable foe. I am, however, in Welles’ corner here, because for most of Welles’ life, he had zero f**ks to give about anything, including what he put into his body. The dude’s typical dinner consisted of two rare steaks and a pint of scotch. Think about that. Dude was drinking scotch from a pint glass while he was eating steak. You’re never going to beat a person like that in a drinking match. A foot race, yes, but a drinking match? No way.

I’m sure neither of these dudes are too great at boozing, but they’re both on and off the alcohol and other drugs more than I can keep track of. Efron just got beat up by some bums on Skid Row this week, though, and once broke his jaw on a coffee table, so I’m going to have to go with him. He’s probably determined to win something after losing fights to a homeless drug dealer and an inanimate object made of ceramic and glass. 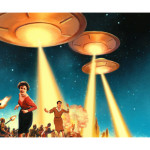 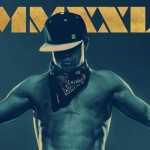 He's pointing to his cool shoes and not his d*ck, right? more»