I am using my straw to slurp the final dregs of the largest iced green tea I have ever consumed in my life when I realize I have to take a piss pretty badly. Sometimes it just sneaks up on me. Instead of building up to a dull, throbbing discomfort in my urethra, my body just says WE HAVE TO GO NOW.

I head to the back of the coffee shop and find that the lone unisex bathroom in the joint is occupied.* I stand outside shifting from foot to foot, because for some reason I always move around rapidly when I have to pee. This happens in spite of myself. I’ve lived long enough to know that the best way to hold in your urine with minimal pain is to move as slowly and as little as possible. Like as though there were a T-rex sniffing around in your midst. (Though then I suppose you would just pee yourself right where you were standing.)

I wait a couple minutes, looking back every few seconds to where my laptop is sitting to ensure nobody is trying to Shanghai it. I wonder what the person is doing in there, and it’s worrisome. I’ve always had this irrational worry that I’d be waiting in line to use a restroom when the person ahead of me is dead inside due to a heart attack suffered on the john, à la Elvis. Like, how long do you wait before knocking to see if they’re OK, and how many times do you knock without receiving a response before you go get help?

Finally, a heavyset man comes out looking satisfied with himself. He holds the door open for me, I enter and realize he has dropped a f**king BOMB in there. It’s one of the worst stenches I’ve smelled in recent memory, and I live in the smelliest city in America, probably. (I also Dutch Oven myself on occasion.) Normally, I’d insert some sort of descriptive simile or metaphor here, but what came out of this man defies sensory comparison.

I’m holding my breath, trying not to vomit and/or pass out while I hang a liquid wire. I picked the wrong day to consume 32 ounces of green tea in 30 minutes. And since I’m not breathing, my stream is unreliable. It’s one of those stop-and-start pees, like the scene in Austin Powers where he keeps going and going after his body is thawed. (A steady breathing rhythm is crucial to a steady piss flow.)

I get out of there as quickly as humanly possible. I don’t even wash my hands. (I have hand sanitizer in my rucksack. Come on—I’m not a monster.)

I’m looking backward and shaking my head in wonder when I almost run into the woman waiting in line (and it’s “in line,” not “on line,” people) to use the stanky facilities. She’s one of those suburban housewives with a huge rock on her finger and a North Face jacket on. I know I’m generalizing based on appearance here, but she does not seem like somebody who would be nonplussed by such a profoundly awful stench.

It is important to me that I am not blamed for this.

“You’re probably not going to believe me, but the scene in there—the ungodly smell—that was not me,” I say. “I swear.”

She laughs and goes into the restroom.

This is the first time in a long time I’ve started a conversation with a random woman.

It wasn’t as rough as I thought it would be.

If you can tackle a tough workout, that may bode well for your longevity, new research suggests. A... more»

Millions of Americans have filled movie theaters over the holidays to watch the latest in the Star... more» 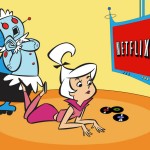