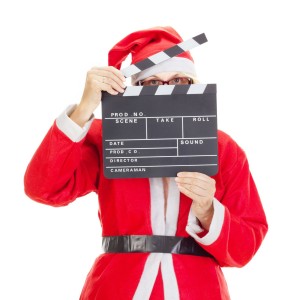 Ring, ring, ring those Christmas bells, but not too loudly, I have a spiked eggnog hangover.  During the holidays it’s easy to swing between Christmas cheer and bah humbug with the speed of eight tiny reindeer; one too many radio plays of Jose Feliciano’s ‘Feliz Navidad’ can test the patience of any good natured Santa Claus this time of year.  When the tinsel, Christmas lights, mounting credit card bills, and overflowing holiday spirit become too much, may we suggest curling up with a hot toddy on the couch with one of our favorite Christmas movies.  While we understand it may very well be A Wonderful Life when you have a Miracle on 34th Street, we prefer a little snark with our Santa.

Arguably THE best Christmas movie ever, The Long Kiss Good Night opens with amnesia ridden super spy/school teacher Geena Davis leading a small town Christmas parade to the tune of Elvis’ Christmas classic Santa Claus is Back in Town.  We quickly learn that more than Santa Claus is back in town as a bald, one eyed assassin shows up to spoil all Geena’s Christmas cheer.  Will Geena regain her memory in time to save the world and be home in time to open the presents? Small town private eye Samuel Jackson joins the fun to help her find out.  Directed by Renny Harlin and written by Shane Black back in the days when that really meant something, The Long Kiss Good Night is a full throttle, kick-ass, Christmas movie that’s worth watching if only for the scene where Geena and Samuel leap off a building and shoot their way through an icy pond to safety.

In some ways, The Ref is the adult version of Home Alone, with the always excellent Kevin Spacey and Judy Davis substituting for Macauley Culkin as the snarkiest, bitterest, unhappiest couple on Christmas Eve you’ve ever seen.  So self-involved are they, they barely allow the irascible Denis Leary’s gun toting home invasion interrupt their bickering.  Forced to pretend to be the couple’s therapist, Leary spends an awkward Christmas Eve dinner with their extended family, including the brilliant Christine Baranski (uttering the immortal line “Slipper socks. Medium,” to her callous, unfeeling mother-in-law with all the dripping pathos that only Baranski can deliver).   Eventually everyone learns a little something about themselves and Leary even gets to don a Santa suit.

Okay, this is where we spiral off a little bit.  The original Tales From the Crypt movie from 1972 is an anthology film that contains the deliriously twisted opening segment “And All Through The House.”  A young Joan Collins kills her husband with a fire poker on Christmas Eve, a deranged maniac in a Santa suit has escaped from the local asylum, and, three guesses as to where our psycho Santa ends up. Although “And All Through The House” may not be the unbridled “terror” of  “Silent Night, Bloody Night (1984),” it’s high camp hilarity with a Christmas twist just the same, and a pre-Dynasty Joan Collins does terrified husband killer pretty damn well.

Had it not been for the genius of Mystery Science Theatre 3000 resurrecting this Christmas classic in the 90’s, it would have remained relegated to the Worst Movies of All Time lists where it languished for decades.  The slightly convoluted plot involves Martians kidnapping Santa (and two Earth children, just for good measure) to teach Mars about happiness and joy. Unfortunately, not all the Martian leaders are on board with the plot, and several attempts are made on Santa’s life while on Mars.  A toy factory is built, Martian elders ponder the meaning of giving, an evil plot to destroy Martian Christmas is hatched, but eventually the spirit of Christmas endures, a new Martian Santa is christened, and Earth Santa saves the day just in time.  Extra special bonus, an 8-year old Pia Zadora makes her Hollywood debut as a Martian child, long before her own cinematic train wreck “Butterfly” landed on the Worst Movies of All Time lists where it has languished for decades.

Okay, okay, we’re not all snark and cynicism this holiday season.  Perhaps Will Ferrell’s best role (apologies to Ron Burgundy fanatics), Elf is our generation’s “It’s A Wonderful Life.”  For those who don’t know, “Elf” is the story of a young boy who escapes his orphanage in Santa’s bag, is raised as an elf on the North Pole, and as a young adult walks to New York to discover the father he never knew.  Slapstick comedy ensues, and just for good measure, legitimate Christmas miracles tug at the heartstrings.  “Elf” is a movie with a heart of gold that’s cute and clever without ever being cloying, and is full of amazing performances from Bob Newhart, James Caan, Ed Asner, Amy Sedaris, Peter Dinklage and Zooey Deschanel. 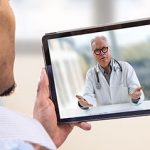 Screw You Independent Drivers: An Open Letter To Uber 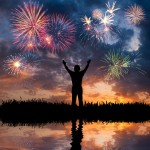 I hate Uber, but don't drink and drive this 4th of July. more» 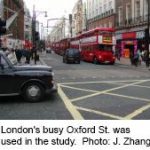