If you’ve got a phone and are even remotely plugged in to the world of social media, chances are astronomically high that you’ve come across #TheDress, #whiteandgold, and #blueandblack. Garnering more than eleven million tweets, this trending topic quickly divided Twitter into two camps, threatening to permanently turn father against son, friend against friend, and Kim Kardashian against Kanye West.

But if you’re one of the few people living under a digital rock — if so, hi, fellow social media hermit! I didn’t hear about it until my sister texted me for my opinion – the story goes like this: At some point yesterday, someone on Twitter posted an image of a dress, asking “Guys please help me — is this dress white and gold, or blue and black?” And the Twitterverse went wild, as users put in their two cents to settle the matter definitively, some of them burning bridges along the way.

Twitter squabbles notwithstanding, the reality of the situation is that visual perception, which is often taken for granted, does indeed vary and people really can perceive two different images when looking at the same picture: one person can see a white dress with gold lace fringe, while another sees a blue dress with black lace fringe, and neither is technically wrong. The reason, according to sources on the web like Wired, has to do with “the way human eyes and brains have evolved to see color in a sunlit world.” You can read a detailed explanation over on their site, but the gist of it is that our brains have evolved to interpret color, not solely based on the “real” color of an object, but also on the environment that object finds itself in. This is true for all human brains, but where things diverge is the assumption each individual brain makes on lighting, which is something you can’t consciously control.

FYI: the dress is blue and black. You were right. Make sure to file that away under “Things I Can Throw In My GF’s Face In The Middle of A Fight.” 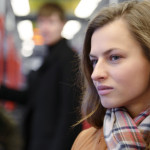 I could think only of what could have been if I had stayed on the wrong bus. more» 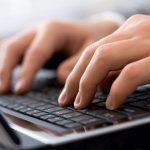 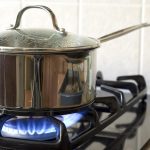