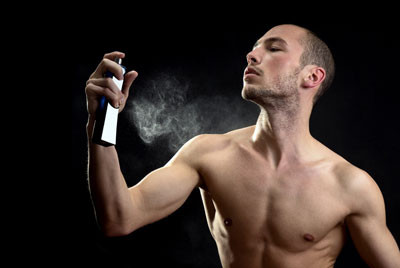 I came to the Drakkar a tad late in my cologne-wearing career. It was not my first cologne. Very early on I would borrow liberally from my dad’s Old Spice, which is a great cologne if you want to smell like a really old guy. I then moved on to Polo Cologne and wore it (I love that — “wore”) if not on a regular basis, then on a semi-regular basis. But I was getting sick of Polo because 1) Every guy was wearing it, 2) the guys that did wear it were douches, and 3) one night I dumped some in my older brother’s used Oldsmobile Cutlass Sierra and when he found out he punched me in the neck.

All of the above is to say that I needed a change in my primary choice of scent.

I’m not sure how I fell into Drakkar Noir. I would love to say that a girlfriend turned me on to it but I know for a fact that would be a baldfaced lie, as at the time I didn’t have a girlfriend. But I do remember seeing the bottle in the department store at the local mall and thinking that the bottle was just so cool. Just so sleek. Just so black. It was everything I wanted to be. (Yeah, I had a not-so-brief dalliance with the idea that I was black. What upper-middle class, suburban white boy didn’t?)

The fragrance of Drakkar contains top notes of bergamot, rosemary, and lavender, while the middle notes are of cardamom. The dry down (whatever the hell that means) consists of cedar, fire, vetiver, and fir balsam. As a teenager I had no idea what all that fragrance nonsense translated into as a scent. I still don’t know. All I knew was that the moment I first smelled Drakkar Noir I thought, “Yeah. This is me. THIS is who I am.”

For some reason I just clicked with everything about Drakkar Noir. There was never any, “I don’t know. Maybe I shouldn’t wear it. Maybe there is another cologne out there for me.” Nope. Uh-uh. Drakkar Noir was made for me. It was my jam. If there ever was a poster boy for the key demographic for Drakkar Noir, I was that poster boy – complete with bad acne, ridiculous hair, and a not-quite-mono-brow brow.

Drakkar Noir gave me an identity. What identity did it give me? It gave me the identity of “The Guy Who Wears Drakkar Noir All The Time.” Okay, maybe not the strongest identity to have, but when you are a teenager you don’t need much to latch on to. It’s weird to say that a cologne gave me my individuality or that it gave me my voice. Maybe it really didn’t. But it did give me a confidence that I know I didn’t have before I started bathing in a scent that had this for its tagline: “feel the power.”

And felt the power I did. I can safely say that wearing Drakkar Noir helped me lose my virginity. The girl whom I lost it to (on prom night – boom) was obsessed with the smell and she said I was the first guy she had ever dated that wore it. She said it was the first thing she liked about me which, being superficial as I was (am), was way better than saying I had a good personality. So because of Drakkar Noir, I am no longer a virgin. *Cue theme song to “The Greatest American Hero”*

I stopped wearing Drakkar Noir a long time ago. I actually don’t wear much cologne anymore. My wife likes the smell of the soap that I use (Lever 2000) and I have found that as a married man the best way to have sex is to smell the way your wife likes. It’s one of the few things I have learned in life that I try to apply on a daily basis. But although I no longer wear it, I still think of Drakkar Noir as my scent. And even if it’s no longer cool (you can now buy it at Walgreen’s, the second least cool place behind Red Robin Burgers), I am still thankful for all that it has done for me. Good or bad, it made me the man I am today. 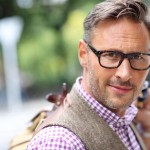 We make it easy. more»

A Gentleman’s Guide To Perfecting The Booty Lookback 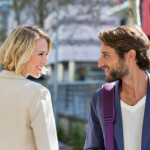 So many butts about it. more» 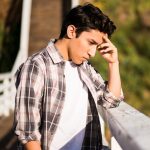 If you or someone you love is thinking about suicide, a new review points to effective treatments... more»