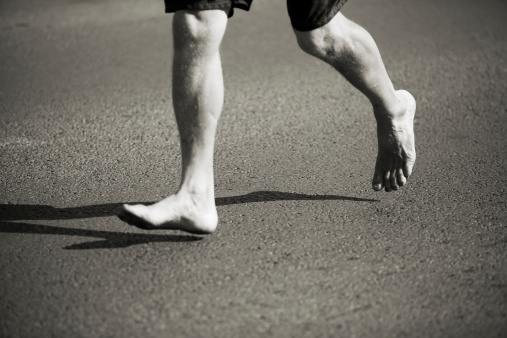 The recent $3.5-million-dollar class-action settlement against Vibram Five Fingers running shoes means that if you at one time paid for the shoes (which retail for around $100) anytime after March 21st, 2009, you may be able to get between $20 to $50 back. (Feel free to take that money and not be able to afford any other pair of running shoes.) The settlement wasn’t so much because the shoes were faulty but rather that there was no scientific evidence backing their claims that they can improve running form. Regardless, three-point-five mil is pretty weak sauce, which just shows how pointless this lawsuit was.

I have used Vibram Five Fingers for just over two years now. I decided to use them because my ankles are as sturdy as balsa wood and I was constantly turning them because the soles of most regular running shoes are higher than Kid’s high top fade. (Kid n’Play. Rap duo. Early 90’s. YouTube them.) I needed a running shoe with a lower sole and Five Fingers are about as low as you can get. So I got a pair and I friggin’ love them. They are great. I run twice a week with them – one weekday morning for six miles and one weekend morning for eight miles.  I even ran my first half marathon in Five Fingers last summer. I have never had a problem with them…

Except for how they look.

Let’s face it. These shoes look dumb. Really dumb. Like jeans with pleats dumb.  No offense, but if you are buying Five Fingers shoes as a fashion statement then you have no sense of fashion. Point blank – they are an ugly, ugly shoe. I am convinced that that is the reason why so many people are jumping on that “Five Fingers are bad for you” bandwagon. They look ugly – let’s gang up on them. It’s a classic case of schoolyard bullying.

Did the people at Vibram overshoot on their claims that their shoes will increase muscle performance, strength, and speed in the feet of those who wore them? More than likely, hell yes. But guess what? That’s what advertising is. What product doesn’t oversell its claims?  What human doesn’t, for that matter? I constantly claim I am a really good basketball player. Am I that good? No, but I am good enough to make that statement so I continue to do so even though I can’t drive to my right and have absolutely zero hops.

The big problem is that people buy the shoes, immediately put them on (which in and of itself is kind of an ordeal because there is no such thing as “slipping on a pair of Five Fingers”, rather it’s more like, “taking five minutes to yank on your Five Fingers.”), and rush out and do their regularly scheduled jog.  You can’t do that. You have to retrain your feet and relearn how to jog. When I first got Five Fingers I could only jog a mile in them at a time before my feet and calves tired out. But I kept at it and with practice slowly but surely after several months – months, not days or even weeks – I was up to my regular distances.

But people don’t want that. They want a magic pill. They want to buy the shoes, put them on and run out of the store screaming, “I will now be the greatest runner in the history of running!” Then they try to run ten miles in the fastest time possible. Then they get hurt. Then they sue the shoemakers. And as they sue they are staring at these shoes that look like they belong on a cartoon character and their vitriol increases. Trust me, if these shoes looked remotely cool, people wouldn’t sue – they would just give up jogging.

Nobody sues the makers of stilettos – and those shoes are hella dangerous. You are pretty much guaranteed painful feet when you wear those bad boys. (I imagine. I don’t wear stilettos. I swear!). But stilettos are sexy. They look good. So no one objects to them. Five Fingers are ugly. They look stupid on you. Ergo – lawsuit.

Seriously, I am embarrassed to wear them in public. 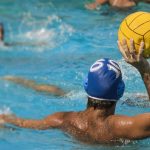 Diet Drinks May Not Affect Urinary Function in Women 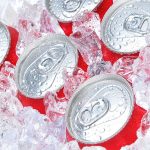