“Claret is the liquor for boys, port to men; but he who aspires to be a hero must drink brandy.” – Samuel Johnson (18th century)

Let’s face it: For most people brandy is not a go-to liquor. It’s antiquated, almost too European and, frankly, kind of intimidating. But with Sidecars and Stingers making a big comeback in the cocktail community, it’s time you learned a bit more about this old world spirit. From the bar team at L.A. hotspot Cinco, here are a few little nuggets of knowledge that you might not know about brandy. It’s not just for old guys in smoking jackets sitting around a fireplace talking of Chaucer. It’s for the young guys too…the jackets, fireplace and Chaucer are optional.

1. Grapes are turned into much more than just wine and juice – they’re also used to make cognac and brandy, which are often dubbed the “forgotten spirits.”

2. The word brandy comes from the Dutch word brandewijn, which means, “burnt wine.”

3. Unlike grain spirits such as whiskey, vodka and gin which are made throughout the year from grain that can be harvested and stored, brandy is dependent on the seasons, the ripening of the base fruit, and the production of the wine from which it is made.

4. Cognac is a brandy made in the region of Cognac, which is an actual town as well as a region.

5. The V.S.O.P. labeled on some cognacs stands for “Very Superior Old Pale” and is an assurance that the brandy is made with twenty to twenty five-year old stock.

6. Armagnac is the oldest type of brandy in France, with documented references to distillation dating back to the early 15th century.

7. Apple brandy is the American version of brandy and is often referred to as “applejack.”

8. Pisco is the Peruvian version of brandy and is distilled in paraffin-lined containers to keep it from acquiring the color and flavor of wood that is known in traditional brandy.

9. Brandy is drunk in snifters so that the hand holding the snifter underneath can gently warm the spirit in order to bring out its distinct aroma.

10. You can replace the whiskey in a Manhattan with brandy and it becomes a Metropolitan:

Pour ingredients into a cocktail shaker with ice cubes. Shake and then strain into a chilled cocktail glass.

When to Replace Athletic Shoes 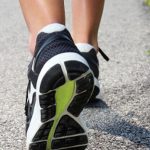 If you’ve made a financial commitment to athletic shoes, no doubt you want your money’s... more»

I’d Be A Terrible Homeless Person 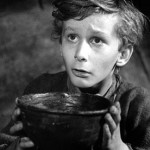 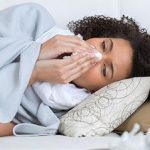