On being a host: “Today’s host knows that while his wafer-thin slices of Smithfield ham should be completely unadorned, his Polynesian cocktails should be rich with rums, mangoes, limes and floating orchids.”

On choosing guests: “As for guests – whether lads or lassies, foreigners or natives, celebrities or aspirants, anecdotists or listeners – all should be carefully blended in your mind beforehand, and during the party reblended – like a true Spanish solera – in the most stimulating proportions.”

On inviting friends who party a little too hard: “…like yeast in small quantities, they often guarantee the lively but controlled fermentation on which good parties arise.”

On greeting your guests: “When the revelers arrive, remind yourself that no matter how busy the whirl, everyone appreciates a congenial word at the door. Shake the hands of the men and the women, a charming European custom that American men should adopt.”

On food: “And make sure those little bunches of watercress that were so hard to find are actually decorating platters of cold cuts and not buried in the refrigerator for you to stumble over next week.” Also: “Today’s host lights the lamp under his own fondue pot.”

On glassware: “They should be so handsome that the mere sight of the sparkling, clear glasses on the shelf makes you want to pour liquor into them and begin quaffing.”

On ice: “There are refrigerators that not only make ice cubes automatically but turn them out and store them night and day.”

On proper martini making: “Those who merely combine gin and vermouth beforehand and then refrigerate without stirring wind up serving raw slugs to guests who are quickly cargoed….”

On using tap water to mix with cocktails: “Plain tap water, if used, must be clear and clean, without evidence of rust, lime, iron, chlorination or other urban evils.”

On hot drinks: “Hot drinks should be just warm enough so that the flavors seem to float like the soft clouds on an old silk painting – but not so that they burn the lips.”

On toasting: “Neither [the host] nor his guests ever need an excuse for toasting. They drink to the drink itself.”

On dealing with drunks: “The host should rely on his sixth sense to tell him that bibbers here and there are getting too much of a glow on and the moment has arrived where the restoratives of food and hot coffee are needed to provide the mellow slowdown in which every good drinking party basks.”

Playboy calls it, “a wonderful bracer.” 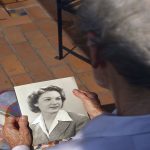 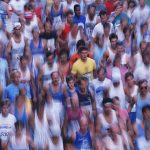 Got Chronic Heartburn? Easy Does It During the Thanksgiving Feast