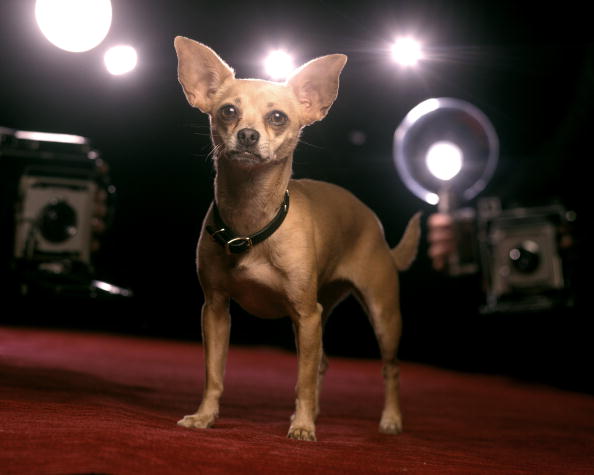 You’ve likely seen some of their ads to kick this venture off where they call out McDonald’s. It’s like Hispanic David vs. Goliath.

This is big news, right? Especially if you’re a Taco Bell enthusiast and a breakfast enthusiast. (Most important meal of the day, you guys.) It means you can now eat all of your meals at Taco Bell. This includes the almighty fourth meal, which Taco Bell’s marketing team invented, probably to get stoner kids to eat their frighteningly cheap burritos in the moments after midnight.

This morning I trekked to my local Taco Bell, ordered one iteration of every item on the breakfast menu, crushed all of it, and will now write about my findings.

I just G-chatted my friend and Weekly Gravy co-writer Patrick Fischer that I “feel like I’m going to die.” I do not advise eating the entire menu in one sitting. But I haven’t vomited yet, and I’m not writing this while sitting on my toilet, so there’s that.

My overall conclusion, however, is that it’s good food for the low prices you pay.

A.M. Crunchwrap with Steak: I started with this guy because I’ve been curious if Taco Bell would ever come out with something to rival the now-defunct spicy chicken Crunchwrap Supreme, which made up 30 percent of my diet in high school. I dove right into this guy with gusto, not taking into consideration what was inside the tortilla. To my delight, there was a f**king hash brown wedged in there! And some mild sauce. (I wonder if I could’ve ordered it with something spicier.) But other than that it just tastes like a cheap breakfast wrap. It’s still just a reminder of how haunted I’ve been since the spicy chicken sibling left my life.

Waffle Taco with Bacon: I’m convinced Taco Bell’s research and development team just gets high and starts making food. Only a stoner would be like, “bro, let’s put all of this breakfast food on top of this waffle, dump some syrup on it and then FOLD IT LIKE A TACO.” It was decent, but the waffles are kind of soft and spongy, which I suppose is necessary if you want it to be foldable. Leslie Knope would love this thing.

Cinnabon Delights: These are fried balls of cinnamon and Cinnabon cream. They are disgusting and I would not suggest trying them unless you’re a freshman in college and are excited you can eat dessert items for breakfast without your parents chastising you.

A.M. Grilled Taco with Sausage: There isn’t much to this guy. Just some tortilla, cheese, and meat. And when I received it, it looked like the dudes who had made it in the back had been tossing it back and forth before slapping it flat with their hands. It couldn’t touch the Crunchwrap or Waffle Taco when it came to taste, but like most Taco Bell items its taste was supplemented favorably by the addition of some fire sauce.

Breakfast Burrito with Sausage: This was good, but I didn’t really notice any difference from the tried and true McDonald’s take on the breakfast burrito. It was also very similar to the taco. It wasn’t bad at all, just unremarkable.

Sausage Flatbread Melt: Same taste as the burrito and the taco, just in a different format. When I was researching the menu items, I found it funny that Taco Bell felt a need to describe the melt as made with “real” cheddar cheese.

Hash Brown: The hash brown on its own tastes the same as any fast food hash brown you’ve ever gotten anywhere. It was crispy and flaky, and so overly greasy that it was somehow pleasant. I think my mouth was glistening when I finished it.

Coffee: I am by no means a coffee snob, but I was impressed with the quality and the strength of the coffee Taco Bell is shilling out. To be completely honest, I might start rolling into Taco Bell for a morning coffee on the way to the subway instead of my go-to Dunkin Donuts. It’s less expensive, but that doesn’t mean it’s made from cheap beans. They’re a hundred percent Arabica, son.

I washed it all down with a Mountain Dew Baja Blast because if you’re going to Taco Bell at any time of the day or night and you don’t order a Baja Blast, you are doing it wrong. 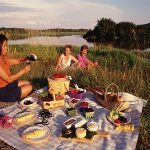 Tips for keeping food fresh at picnics and BBQs more»

Staying calm during the coronavirus pandemic isn’t easy, but a few simple steps will help you... more» 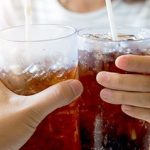