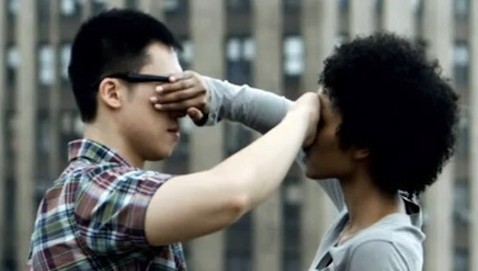 When people ask me what my type is, I generally say A-positive. Then, when they say “No, you idiot, I mean your type of woman” I say, “Oh good, ‘cause I’m actually not sure if I’m A positive.” Then I quickly change the subject because talking about women with me is a sad and desolate affair.

But push comes to shove, I don’t really know how to answer that question. At the risk of sounding like a self-righteous douche, it’s because I don’t really have a type. Don’t get me wrong, it’s not like I focus solely on personality or intelligence or good qualities. I like a bangin’ body like the next red blooded human man does. But specifics around the type of bangin’ body are fairly broad.

One of my friends is the complete opposite. If you go through his sordid history of affairs, the types of women he dates are almost frighteningly similar. This is not entirely intentional on his part, nor do I judge him for doing so. He just happens to have a type.

As a result of not having a type, I’ve dated a broad range of women (note – not many, just broad). This includes dating across race (which I wrote about here) and ethnicities. Much like with my friend, this is not entirely intentional.

When it comes to the topic of interracial or interethnic dating acceptance, we’ve certainly come a long way. I think the most telling aspect of this is not just that people don’t go up in arms about it, but that for the most part they straight up don’t care. Granted, being in New York I’m clearly in a much more tolerant area, but I think that this is a general statement that applies to most.

And this is exacerbated when you date outside your race or ethnicity. If you don’t believe me (and you’re single), go to your friends and tell them you met someone, then describe someone who’s not your race or ethnicity. They will almost without fail make a deal about it. Not a big deal, and hopefully nothing truly negative, but they probably won’t disregard it.

What’s worse is when you date outside your perceived type and then that type becomes your “thing” (and it’s never a type at that point, it’s always a “thing”). The thought process is that since you’re not going for the type that they think you would want to go for, you must have a thing for the type you ended up going for. All it took was for me to date one Asian woman for my friends to tag me as someone with “a thing for Asians.”

I’m not saying that the notion of the “thing” doesn’t exist. There are people who totally have a thing for a specific type. And as a redheaded someone who can be on the receiving end of attention from one of those people, I can tell you it’s weird. But my point is that there’s a big difference between that and being open about the types of people you date. Like with me and the Asian gal. Just because I date one person of Asian descent doesn’t mean I have a thing for ‘em. I mean, sure, I predominantly watch Japanese porn, but it’s because genitals weird me out and they’re the only ones that blur them out, dammit! It has nothing to do with the type of person in the video!*

Because of this, now my goal is to specifically date different types of women each time, so that peoples’ heads will ultimately explode. Maybe that means I do have a type after all. Maybe my type is just “whatever the hell I like so leave me to my goddamn business.” 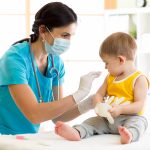 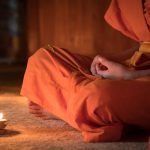 Your 2016 Guide to the Perfect Mother’s Day Gift 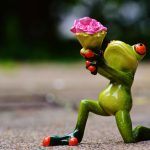