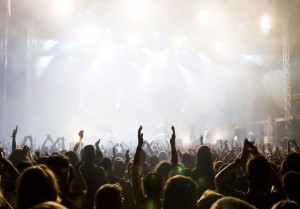 This April, thousands of people will flock to Indio, California for the Coachella Valley Music and Arts Festival for the fourteenth year. In the grand tradition of music festivals, concert-goers take drugs, dance for hours, and generally apply the credos of Vegas to the desert gathering (what happens at Coachella, stays at Coachella?). But it’s not 1969. Flower power is not sweeping the nation. So why is it that ever year, when this coveted outing arrives on the calendar, the number of hippies in America just explodes? The answer is they don’t. Perhaps once music festivals were a place were exciting ideas flowed freely, the air was thick with wide-eyed optimism, and people actually listened to the music. But that is not the case for Coachella or 2014.
Nowadays it is perfectly reasonable to buy a weekend pass to Coachella, yet spend the entire time wandering the desert with glow sticks, or lounging in a pool at one of the countless house parties that are held near the concert grounds. This sounds harmless enough, what’s wrong with shelling out the cash for an overpriced ticket, then deciding to party with third-rate DJs on a rooftop instead? The inherent problem is that Coachella, like most festivals in the U.S. now aren’t for music lovers anymore. Coachella is for wealthy, well-educated, generally bored youth who go to be seen (not to mention showing off their latest “Coachella apparel,” which is generally the flower children’s vestiges of free love and anti-establishment, now sold en masse. Not to mention just about any Native American motif in existence).
The troubling aspect of all this is that something once reserved for outsiders, vagabonds and eccentrics in the music world is now a commercialized product sold at a disgustingly high price. Dressing like a hippie because you’re going to Coachella ain’t cool and it ain’t great. It’s a mockery of an entire generation of youth who really believed they could change the world with love and music. The Summer of Love isn’t a fashion statement and the political unrest of the ’60s isn’t a faux-vintage t-shirt.
So, while the reality of Coachella is likely a fun time had by all, the idea of Coachella is not harmless. It’s a troubling road sign on the path to the marketing and mass production of yesteryear’s vital beliefs and sentiments. Aren’t youth supposed to rebel? Aren’t you supposed to be angry for now reason and feeling everything at once? If so, then actually rebel. Do something audacious and profound. Because in 2014, taking Xanax and ecstasy and mumbling to yourself on a chaise lounge in Indio isn’t radical. You’re just getting in line with everyone else. 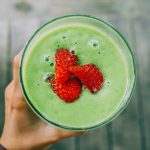 A Surprising New Source of Omega-3s 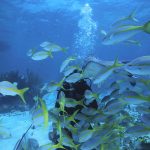 There’s no shortage of reasons to get your omega-3s, which are abundant in fish and their... more»