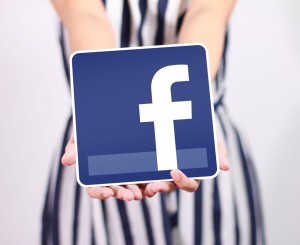 That’s going to be the love of your life.

At least that’s my hypothesis. And I bet I end up being correct in most cases, unless you’re one of those people who refuses to sign up for Facebook—something that I’m sure you spend more time these days fielding questions about than if you just created a profile and completely neglected it—or if you are one of those outliers who randomly meet a love interest at a bar or Laundromat, in some organic way of meeting without any overlapping social connections whatsoever.

How many times have you, when scrolling through a friend’s Facebook pictures or wall, found a woman he or she is “friends” with who you would very much like to know more about, but you are very reasonably hesitant to send an unbidden message or friend request, because you don’t want to be construed as creepy? And so you might ask your mutual friend to introduce the two of you instead. Or not, because that can also be construed as creepy.

Enter Hige, a new Smartphone app that very effectively jumps in as the digital middleman, matching you with women without you incurring creepy charges (at least initially).

At first glance, Hinge seems very similar to Tinder, and it is in some ways. It works in the same simple format—one where if you press the heart icon instead of the X icon, you will be logged as interested in the person whose Facebook pictures and interests you were reviewing. If that person gives you the digital attraction nod, you’ll both be notified, and then able to message each other through the app.

There are some glaring initial differences between Hinge and Tinder, though. For one thing, Hinge matches you only with other users who are friends with your Facebook friends, and it gives you the capability to ask your Facebook friend about this person before you click the heart icon. Hinge also uses a complex algorithm to match you up with others based on your interests. Think OkCupid, except it culls your information from your pre-built Facebook profile, not a new profile and questions you have had to answer.

Once you’re matched with a friend of a friend, the Hinge crew sends with a brief introductory message stating what you’re interested in, what your counterpart is interested in, what mutual interests you have, and who your mutual friends are. Then a first date spot is suggested.

So before signing up for Hinge, you may want to go through your Facebook and make it a little more true to your actual interests. If you’re anything like me, you’ve probably been indiscriminately “liking” things for the past few years. Or else you might end up with an introductory message that begins like one of mine:

I have not been to JC’s Northside Pub, a wonderful bar in Ocean City, Maryland, for nearly two years. I also don’t know what in the hell would ever possess me to “like” Sun Gazing. I don’t even really know what Sun Gazing is. Is it when you just look directly at the sun? Because I am completely sure that I do not like doing that and never will. I’d prefer if the message was like: “Meet Scott. He works as the Head Bitch In Charge of Scott’s Own Life and likes drinking whiskey, reading and making out, all of which preferably taking place indoors and far from the sun.”

And, for better or worse, Hinge limits the number of matches you get on a daily basis. Each day at noon, you’ll be presented with 13 new matches to click through. After that, you can do nothing but wait for matches until the next day at high noon. This can be negative, obviously, from a quantification standpoint. However, it encourages you to more closely examine the people you’d like to be matched with, instead of swiping right all willy-nilly every time you see a picture with a hint of blonde, some cleavage, and without infant children or a man who looks like a love interest.

I suppose the outstanding question is, is Hinge better than Tinder? It’s hard to say. It depends on what you’re looking for, and how selective you want to be with the potential matches tossed your way on a daily basis. I’d suggest trying both…they’re free.

But for now, you can only use Hinge in DC, Boston, Philadelphia and New York, with either San Francisco or Chicago firing up next, according to Business Insider. 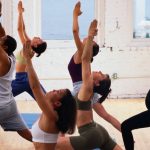 Moderate exercise is known to improve blood pressure — and that may include activities that... more»

More Than 4 in 10 Americans Are Now Obese: CDC

In a sign that suggests America’s obesity epidemic is far from under control, a new... more»