Profoundly obese people are prone to an irregular heartbeat known as atrial fibrillation, but new research suggests that weight-loss surgery can improve the odds that a procedure to restore a normal heart rhythm will work.

When atrial fibrillation, or a-fib, cannot be controlled by medications, a procedure called ablation can help. It targets the nerves in the heart where atrial fibrillation occurs. By electrically burning these areas, the heartbeat may return to normal.

“Bariatric [weight-loss] surgery before ablation was associated with a threefold reduction in atrial fibrillation recurrence rates,” said researcher Dr. Eoin Donnellan, a fellow in cardiology at the Cleveland Clinic.

Both obesity and a-fib are at epidemic proportions in the United States, and both can increase the risk of cardiovascular disease, the researchers said.

As many as one in five cases of a-fib are related to obesity, and obesity has been identified as a risk factor for the heart condition, the researchers noted.

Some patients who have weight-loss surgery may see their a-fib stop on its own or can have it controlled with medication, Donnellan said. But for many, ablation may be the best way to cure it.

Although ablation has become a common procedure to treat a-fib, obese patients are more likely to have their abnormal heartbeat return after the procedure, he said.

“While previously, morbidly obese patients with atrial fibrillation that can’t be controlled with drugs were considered ineligible for ablation, bariatric surgery offers them an option to get rid of the atrial fibrillation,” Donnellan explained.

For this study, Donnellan and his colleagues collected data on nearly 240 obese patients undergoing ablation for atrial fibrillation.

Among these patients, 51 had weight-loss surgery before ablation. The researchers then looked for recurrence rates of a-fib in the three years following the procedure.

Losing weight has been associated with making atrial fibrillation easier to control, said Dr. Vivek Reddy. He is director of cardiac electrophysiology at the Icahn School of Medicine at Mount Sinai, in New York City.

But to prove whether weight-loss surgery really makes ablation more effective, a larger study that randomly assigns obese patients to have or not have surgery before ablation is needed, he explained.

This study, which was observational only, suggests that the surgery has a meaningful effect, he said. In any case, losing weight makes a-fib easier to treat.

“Lose weight however you can,” Reddy said. “If you’re morbidly obese and undergo bariatric surgery, there are benefits throughout the body, including atrial fibrillation reduction.”

The findings were scheduled for presentation Friday at the Heart Rhythm Society annual meeting, in San Francisco. Research presented at meetings should be considered preliminary until published in a peer-reviewed journal.

For more about a-fib, visit the American Heart Association. 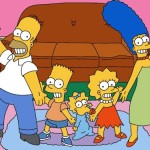 Take a Stand Against Sitting Too Much

Couch potatoes might help cut their risk of early death by getting up every 30 minutes, study finds more»

As the World Health Organization cautioned on Monday that using plasma from COVID-19 survivors to... more»