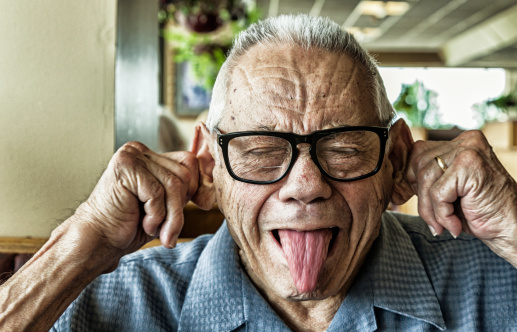 My grandfather was awesome. I know that everyone says that, but as it turns out, your pop-pop was actually kind of a dick. Sorry, had to be said (best friends stab you in the front, amiright?).* Part of what made my Grandpa so awesome was that he and I had a connection. We didn’t hang out that much when I was growing up (he lived in New York whilst I was in Germany), and we didn’t talk all the time in my adulthood. I just always knew that we were kindred spirits. We had similar interests, were both Turmeys (defined here), and just got along really well. I think that was in no small part because I totally enjoyed his long-winded and oft-repeated stories.

In fact, I owe most of my comedic talent and storytelling to him – the rest of which comes from my Dad’s ability to come up with a completely BS explanation of anything that’s both incredibly outlandish and oddly believable (it’s why people don’t generally know if I’m joking or not). And my grandpa saw that I had the gift. He would cultivate my talent by giving me things like the The Bawdy Bedside Reader (think of the most lewd limerick you can muster. The shit in here’s like 100x worse), a book of Milton Berle jokes, and comedic props like a Polish lighter (remember when making completely inappropriate jokes about Polish people was a thing?).

So, as I owe my ability to write stuff that (hopefully) makes you kinda half-smile and think to yourself “Ha, I get it,” I figured I’d write about a couple of characteristics and experiences that led to this ability.

One of the things I loved most about my Grandpa was his unintentional ability to be funny. For instance, when he burped, he didn’t just burp like most people do (which would be kind of an “uurp” sound). He almost always burped by going “BOIIIIIIIIP.” It’s as if someone from Brooklyn said the word burp (he was born in Brooklyn, so maybe that has something to do with it). As if he were trying to say the latter half of Flava Flav’s catchphrase, but added a “p” at the end. I honestly have no idea why he did it, where it originated from, but man, oh man, was it hilarious.

I would also be thrust into bizarre, but hilarious, situations when he visited. Case in point: He’s visiting, and is staying in my sister’s old room. My Mom tells me to go to his room and let him know that dinner’s ready. I go to the room, knock on the door, and he opens the door, completely and unabashedly naked. Like, no towel that had slipped and fallen, no robe that was unfortunately parted, he’s just stark nekkid. His response is the perfect punchline: “Oh. Thought you were your mother.” Right, ‘cause THAT would’ve made answering the door completely naked OK.

He was also one of the first people to teach me the art of blue comedy (i.e. dirty jokes). They were the classic Don Rickles/Milton Berle-esque jokes from which I learned about the pure structure of a joke. His greatest gift to me in this regards was telling me the funniest joke I’ve ever heard IN MY ENTIRE LIFE. Tell us, you say? Sorry. It’s the kind of joke that’s only appropriate at a bar, so if you want to hear it you’ll just have to come up to New York and track me down (go to a bar) and pay the price (buy me a beer), and I’ll happily impart suck powerful knowledge to you. But a gem of a joke I will impart is one he told me when I was on the phone with him, some time after my Grandma had died.

Without any sort of pretense, he tells me: “Patrick, I have to tell you, I met someone.”

He says “Yeah, her name’s Virginia. Virgin for short. But not for long.”

And I need to reiterate that right up until the punchline, I had absolutely no reason to believe this was going to be a joke. Now I know most Grandpas say things that are totes inappropes, but find me another Grandpa who says something inappropriate AND funny.

Finally, as I know you’re bored already (I can see it on your face), my Grandpa was awesome because he’d be a killer wingman. He was the type of person who literally didn’t understand hesitating about something. If you’d tell him “Yeah, so I was thinking about doing this” he’d respond (in his Brooklyn accent) “So what are you waiting for? Just do it already.” You’d respond “Well, I’m not sure it’ll work out,” and he’d counter “So what? Who cares if it fails. Do it anyway.” This dude gave no shits whatsoever when it came to failing. I have no doubt that if we were to go out on the town I’d get:

I can only hope that if sometime down the road I become a Grandpa, I’d be the same way. At least I’ll have a good joke or two to tell.

*JK lol, Guy, I know your Grandpappy was awesome.

Rushed for lunch? Yes, that nearby fast-food chain is convenient, but by tweaking your choices you... more» 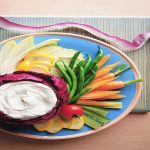 Looking for a tasty seafood dip for your next family gathering? Everyone will love this baked crab... more»