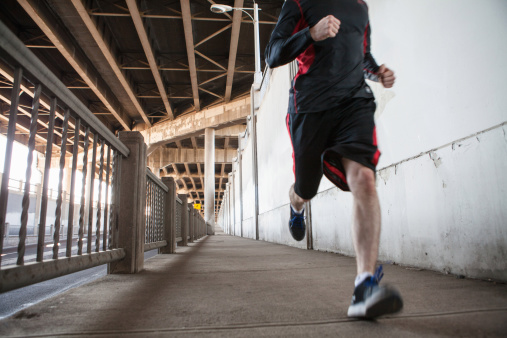 I have what you might call a love/hate relationship with running. I love it because it’s a rather straightforward method of cardio exercise that, if I do it regularly and for longish distances and the occasional incline, allows me to eat whatever I want and drink as often as I do without gaining a staggering amount of weight. I hate it because I really don’t enjoy doing it all that much. If I could live my entire life semi-healthily and reasonably svelte while consuming frightening amounts of whiskey and mayonnaise, I would never run unless something was chasing me.

But I have learned a lot of valuable life lessons from running:

Your body is a dick.

I’ve often heard religious folk speak about how their body is just a vessel for their soul. And if this is true then my body is a terrible vessel, one that has endless potential to fail me when I want it to do simple things without hurting horribly or making me want to collapse in a heap on some sidewalk in a shady area of Brooklyn. But once you embrace that your body plays a huge role in the “mind over matter” debate, you’ll be better for it. You’ll learn to treat it with some semblance of respect, to stretch and ice and adapt the way you move to ensure that it stays working for as long as you need it to.

The journey is not always the best part, but it should be embraced.

Breaking Bad writer Vince Gilligan has said that he enjoys having written more than he enjoys the process of actually writing. This is how I view running. I always feel better about myself after I run than when I’m actually in the act of running. The elation and relief I feel when I’m done moving and am stretching my bone sack of a body out is very significant. But it’s important to embrace and learn from what got me to that feeling—you have to remember that you wouldn’t feel this way if you hadn’t struggled to get the feeling.

Sometimes your best ideas will come when you’re doing something that has nothing to do with “working.”

I’ve found that when I’m running I’ll come up with some great ideas for something I’m working on or a new project I’d like to work on. It’s taught me that sometimes whenever you’re feeling stressed or anxious about something you need to get done, it’s OK—and potentially very beneficial—to just step away from it for a while and to go do something else. It’s especially good if it’s something like running, because the movement will help reinvigorate you, and your mind will shift into a different gear. This is how happy accidents happen.

Bad days happen and are unavoidable.

Sometimes, regardless of what you did the day before or how you were feeling when you started on a run, you’re going to have a terrible experience. These things happen. You’re not going to be 100 percent 100 percent of the time. It’s impossible. You just have to spend a couple minutes contemplating what reason, if any, there was for your rough run, and how you can go about fixing the problem. Then let it go and move on.

The more often you do something, the better you’re going to become at it.

If you’re new to running, it’s really, really going to suck the first time you lace up the sneakers and try to get a mile in. The next day is going to feel even worse, because you will be in serious muscular pain. But if you stick with it, you’ll notice it starts to get easier, that you start to get better, that you are becoming faster and traveling longer distances. You will garner a very serious sense of self-satisfaction from doing this, and you may find that before long you’re slightly addicted to running, which is a lot better than being slightly addicted to something like crystal meth. Never forget that repetition is the most important key to success. Talent helps, but people who work their asses off tend to surpass super-talented people who are very lazy.

New York City finally reopened its economy on Monday after being the epicenter of the U.S.... more» 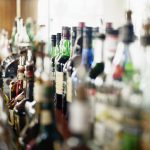 Alcohol taxes do little to reduce the burden on American taxpayers for the harmful impacts of heavy... more»