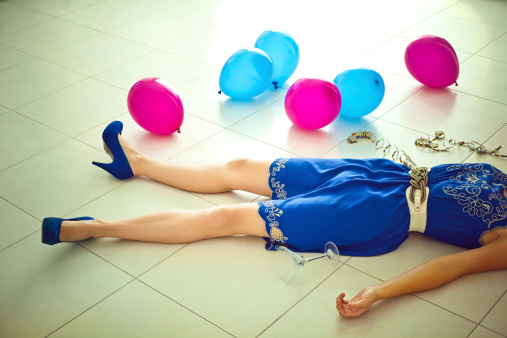 I have no clue what goes down at bachelorette parties. There, I said it. Feels good to get that non-existent weight off of my shoulders. But I am curious as to what takes place at one. I do know there are a large variety of penis-related paraphernalia that are presented to the bride-to-be, which is a ritual representing the woman’s imminent ownership of her spouse’s man-bits (and immediately begs the question “Do lesbian bachelorette parties have giant inflatable vaginas?”).

So I will do what any smart, rational, educated person would do. I’m going to use what I know (bachelor parties) and apply that to what I don’t. Without further delay, here’s (probably) what happens an average bachelorette party:

Bachelorette parties start with a hearty breakfast. Something like biscuits and gravy. And bacon. And sausage. And a steak omelette. When you’re out partying with your besties, it’s important to create that base layer of protection. It’s a scientific FACT that the protective layer helps digest all those cosmos you’ll be drinking, and can soak up 30% of the day’s regrets.

After having a hearty breakfast with the gals, it’s time to burn off 0.01% of that food with a rousing game of golf. Of course, this “golf” really means tailing the beer cart around the course and peppering the surrounding nature with all the balls in your bag along the way. It’s a magical game, really. In tailing the beer cart girl, she will deduce that this is a bachelorette party, and the bride-to-be will be gifted the first of many penis-shaped paraphernalia. It will probably be penis-shaped sunglasses (polarized, so you can read green better).

After all the physical exertion on the course, it’s time for lunch. Something light and fresh since everyone’s trying to keep in wedding-garb shape. Something like cheeseburgers. Since the physical activity from the day is mostly over, the first true presentation of gifts occurs. These include authentic Cuban cigars, monogrammed lighters, penis-shaped necklaces to accompany the sunglasses, and no less than 3 vibrators.

More specific to the bachelorette parties, but still pretty damn important. A lot of money will be spent throughout the evening as it is, so might as well temper that by having a shot or twenty in the hotel room.

The most formal part of the party, the girls have a nice dinner of steak with a side of steak. Speeches are made. More penis-shaped paraphernalia is gifted. There’s that one gal who will undoubtedly bring up that one time the bride-to-be claimed she could hit that can with her pee from 6 feet out, only to miss and hit that electrified fence (“A shocking result” she’ll say as her oft-used punchline). Things will get a little awkward, but the group loves her anyway.

Now that formalities are over, it’s time to get the party started (amirite P!nk?). Piling into cabs, the gals tell the cabbie “Take us to the banana hammocks,” which is the initiation of an epic journey involving several strip clubs of exponentially-decreasing quality. The penis-shaped necklaces and sunglasses come in handy, as this notifies the staff that there’s a bachelorette party going on, and extra-special attention is given. Lap dances abound. It is customary to overwhelm the bride-to-be with so much leopard-print packages dangling in her face that she’ll welcome the slightly-frayed boxer-briefs of her husband for the rest of her life. Sugary neon drinks flow like water, and at some point that same gal who brought up that awkward moment at dinner will fall for one of the dancers (“He has these amazing goals for his life!”), only to realize he’s also still a dancer (“But he does take his clothes off for a living”), and fall out of love (“I’m so over this place already!”). This signals that it is time to move on to the next place.

The ladies know to call it a night when the party lands at a specific place. It’s BYOB, most of the patrons have arrest records, and there’s a gal singing “Because You Loved Me” on the karaoke machine set up in the corner. There statistically is no way to find a worse club.

The End of The Night

To end the night on a classy note, a limo pulls up to take the party back to the hotel. Sing-alongs tend to happen at this point, so hopefully the limo driver will have dialed in an appropriate radio station. Upon reaching the hotel, the girls all drunkenly stumble onto the patio to light up those special Cubans with the monogrammed lighter. Conversation is limited, and they spend the evening basking in the camaraderie of this special band of sisters that are all there.

So there you have it. A definitive guide to what happens at a bachelorette party. I think. If this has taught me one thing, it’s that bachelorette parties are pretty effin’ awesome. So if you need another bridesmaid, holla at ya boy!

Reacting to an upsurge in abuse of benzodiazepine sedatives such as Valium, Xanax and Ativan, U.S.... more» 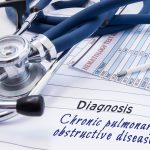 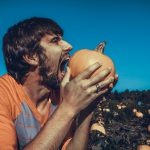