When Harry Met Sally can eat a bag of dicks. Let’s just get that out into the open. Let that statement breathe. I mean, it’s a good movie. Sure, Billy Crystal and his grapefruit-sized adam’s apple can be a bit grating at times (albeit not nearly as much as Woody Allen). Yes, it did destroy the illusion of being able to make women orgasm for many men (obviously not me, ladies). But as far as rom coms go, it’s a classic. It took the perfect fairytale romance and made it more real with that goddamn monologue at the end (ya know, the one about how he loves how annoying she is — right).

And yet it can eat a bag of dicks because it’s one of the things that added to the horrible persona that is New Year’s Eve. When discussing our New Year’s Eve plans, my friend eloquently said that he didn’t care what he was doing as long as he’s kissing some gal at the end of the night. ‘Cause that’s what you do. ‘Cause it’s a romantic moment. Personally, I think that should be a goal for the end of every night. Hell, it’s been the goal for the end of all of my nights since, well, puberty (came close twice!).  But why is the cessation of the year a romantic moment? There’s nothing inherently romantic about it. Most of the time New Year’s Eve is really just a bunch of drunk people wearing hats made out of paper singing some weird song about acquaintances. I may be the odd one out, but that just doesn’t really get me in the mood.

Maybe it’s because of the “new beginnings” that are in the air. I get that sentiment. Our clocks are resetting and the world is a year older (assuming you use the Gregorian calendar). There will be fresh starts and resolutions and out with the olds and in with the news. But does that really happen? I mean really really? Last year I made the vague resolution to be “a little more healthy,” and my keyboard is getting slathered with wing sauce as I type these words.

This is just highlighting the simple fact that New Year’s Eve is an event of phoniness. At least Christmas brings with it some presents (and cheer and warm fuzzy feelings and such). Halloween has shittons of candy. And Fourth of July has the unbending love for freedom, eagles, and ‘Murrica. But on New Year’s Eve we just dress nicer than we normally would, make promises we know we won’t keep, and then try to kiss (or more) someone to make us feel like this midnight is more significant than all the other midnight’s we’ve experienced. Well I say shove it, Father Time. I ‘aint buyin’ it, Baby New Year.

What’s so frustrating is that it doesn’t have to be this meaningless. The spirit of New Year’s Eve can last longer than one night. Maybe some time in March you’ll decide you’re going to quit eating hot wings at 3 in the morning while writing articles. Maybe some night in July you’ll tell yourself “I’m going to kiss a girl/guy/whatever at midnight.” And maybe you’ll do that a couple of nights in August. And start running again. And wear paper hats and get drunk and celebrate midnight every night. If you believe, it can happen!

I guess what I’m saying is that I don’t want to be the only person at a bar on October wearing “10/15” glasses and counting down the seconds while a burly gent with a surprisingly-tender chokehold escorts me out. Not again.

Take a Stand on Getting Slimmer, Healthier 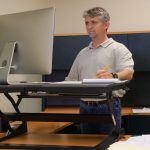 You may not want to sit down for this. New research finds the mere act of standing burns more... more»

A Man’s Health May Rely on Health of His Marriage 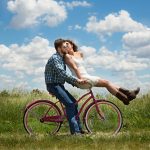 Heart risk factors improve when married life is good, decline when it's not, study finds more» 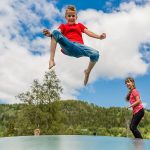 If you own or use trampolines, you need to take steps to prevent injuries, the American Academy of... more»