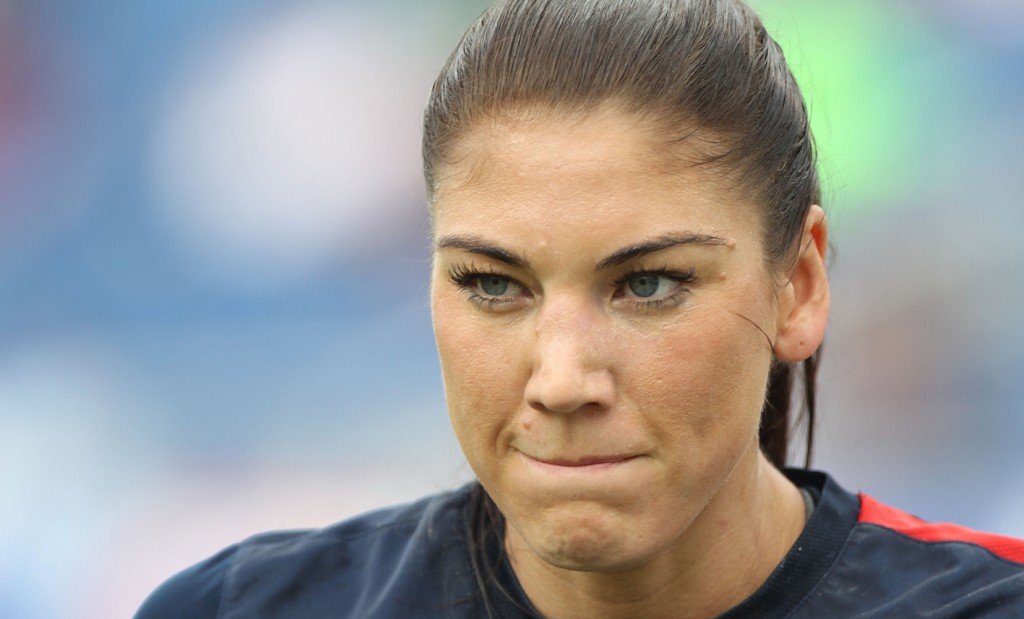 The field of professional sports is, as with many other fields, riddled with gender inequalities. The prize money for the PGA is 5 times that of the LPGA. The WNBA has been used as the butt of jokes so many times that even the idiots who would normally laugh at those jokes are fed up with ‘em.  But, as this article revolves around the contributions of Hope Solo, I’d like to focus on our US National Soccer teams.

But Hope Solo’s contribution to gender equality in sports didn’t actually happen on the field. Nor were they directly related to soccer. Because almost exactly a year ago, Hope had a bad day. On June 21, 2014, police reports state they were called to her half-sister’s home. Hope was, as her 17-year-old nephew stated, acting “crazy and hitting people.” In fact, her primary victim was her nephew, whom she was found punching in the head. When his mom, her half sister, tried to restrain her, Hope responded by repeatedly punching her in the face. And when the police showed up, she proceeded to be combative and berate them, saying things like “You’re such a bitch. You’re scared of me because you know that if the handcuffs were off, I’d kick your ass,” calling an officer a “14-year-old boy” and, after being asked asked by another officer to remove her necklace, responding that the piece of jewelry was worth more than the officer made in a year.

So how could this event possibly be momentous to the advancement of gender equality, in sports or otherwise? I mean, if anything this only highlights inequality for minorities, as just being complacent around cops can be lethal to them. Well, here’s the kicker – while Hope certainly still has some legal issues to deal with, and while she did lose some endorsements over this, by and large nothing happened to her. Specifically, the US Women’s National Team organization did nothing to her (as Keith Olberman was happy to point out).

You see, Hope Solo is also one of the premier goalkeepers in women’s soccer. In fact, some consider her the best. In the world. There’s no way that an organization is going to bench, or reprimand, the player that arguably gives them the best chance at winning. Which is how Hope Solo’s actions have proven to be momentous. The world could have lashed out at a woman being violent towards her family. The media could have turned its judgy eyes on her. But that didn’t happen. In fact, this whole incident was swept under the rug for a whole year. Because she’s a professional athlete. Hope proved that it doesn’t matter if you’re a woman, or if you don’t make as much money as a man, as long as you’re a professional athlete you can be the biggest piece of sh*t you want. So I raise a toast to you, Hope, and also ask you to never come to my party. ‘Cause I wholly agree that you’d easily and soundly kick my ass.

Insomnia may significantly increase the risk that older adults will be unable to shake off... more»

In a finding that illustrates how distracted driving laws are saving lives, researchers report that... more»