In the district of Alfama, in Lisbon, the capital of Portugal, the heartfelt music known as “Fado” is always in the air. In many ways, Fado is the Portuguese equivalent of the Delta Blues. It’s a melodic showcase for the suffering of a particular group of people — but of course, it’s also much more than that.

As you wind your way through the snaking streets of Alfama, up and down narrow staircases and back alleyways, or out onto scenic squares with incredible views over the city, you’re bound to notice a profusion of Fado clubs tucked away here and there, often just around the next alley corner. Some clubs are world-renowned venues, frequented by gaggles of tourists, while others are hidden well enough that it usually takes a knowledgeable local to find them. Fado permeates the late night ambiance of Alfama. Lisbon, and Portugal in general, are the best places on the planet to indulge in the soulful melancholy of this musical genre.

The Portuguese explain the heart of Fado by trying to convey the meaning of the word “saudade,” which translates as — more or less —  “longing” or “melancholy.” Most Fado aficionados will insist that “saudade” is more than mere longing, and that the word is actually untranslatable. Regardless, the “Fadistas” who make this expressive music their life’s work need an abundance of saudade coursing through their veins, and their voices, in order to sing Fado with any success.

Fado speaks of passion, pain, fate, duplicity, love and ever-present mortality. Yes, we know, cheerful stuff, right? Fado clubs are midnight joints where people come for a cathartic cleansing of their souls. Fado yearns, Fado desires, and Fado brings the listeners — and quite often the singers — to passionate tears.

In the heyday of Fado, you could hear many a Fadista plying his or her craft on the streets of Alfama, in the brothels by the Tejo River, various bars around town, and in the district of Mouraria. It’s a mournful type of singing, but it’s also incredibly beautiful and moving. Singers literally “wrench” their guts in order to express the range of emotions required of a Fado song, irrespective if it’s a well-known classic, or more modern Fado fare from the likes of Mariza and other contemporary Fado artists.

Lisbon Fado, and its more upbeat cousin Coimbra Fado (from the university town of Coimbra), is usually sung with an accompanying classic guitar, and a viola, which is a twelve-string Portuguese guitar. During the reign of the Portuguese dictator António de Oliveira Salazar, Fado was given prominence as a national art form. “Fado, football (soccer) and Fatima (the Virgin Mary)” were the marching call of the working class, and militant fascists, during the years of Salazar.

Fado is rich with Portuguese culture, taking in both the good and the bad. It’s one of the most passionate forms of music you‘ll likely ever hear. While it’s not for everyone, if you spend a night in a true Fado club, you just might understand — to some extent — the history of the ancient nation of Portugal, and the power of operatic “tavern” music. 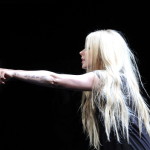 The night ain't the only "damn cold" thing around here, Avril. more» 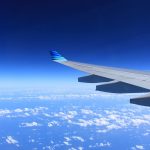 Here's what you can do more»

Feel yourself being pulled in a million directions and losing track of what’s really... more»