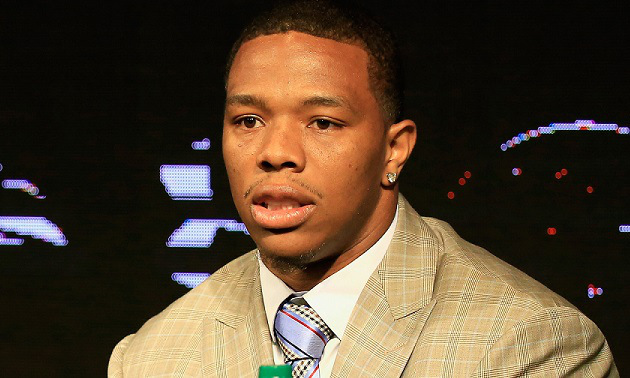 Imagine for a moment that there is a guy you work with who has on at least one occasion knocked his fiancée* out. Not by, like, accident, but by physically assaulting her when she was captive in a small place where she had no means of escape. Like an elevator, if I’m going to name a random example off the top of my head where something like this might happen.

And imagine that you have video taped evidence of him doing this — something that nobody can question or denounce as something other than what it was. Which was a man dragging his unconscious wife out of an elevator.

You’ve got to come forward with this information, right? Or you’re a terrible human being and you should be smote. I mean, this guy is awful. More than awful. He beats his wife, for God’s sake! He should be smote several times. Consecutively. Or fired from his job. At the very least, his employer should cut ties with him forever; if he gets picked up by some other unsavory company, then it’s whatever. They’re the ones who will have to handle all the bad press. And they’ll have to somehow reconcile themselves with the fact that they’re paying A LOT of money twice a month to some cat who went full Solange On Steroids on his f**king wife!

So imagine that you come forth with this information like you rightfully should, and people are like, “Well, this is bad. This guy did a bad thing.” They take a little while to “debrief the situation,” and when they come back they’re like, “This character should head right over to HR and take some classes about how you shouldn’t knock people out, especially if they are women. He’s probably going to be in class a lot still when tax season comes around, so we’re going to suspend him from working for the super-exciting beginning of tax season. He’ll have to sit at home and think about what he’s done for TWO WHOLE WEEKS. We know it’ll drive him crazy not being able to physically attack the IRS so many times that his entire body is sore and his brain is bleeding freely for a few days.”

Then imagine that this guy is upset with you for ratting him out, and he lets slip that from time to time he’s known you to unwind after a long day getting abused at the office by hitting a spliff and watching a few episodes of The Simpsons. He says that one day he came into the film room and you were giggling uncontrollably while watching The Goonies and dipping Cheez-Its in hummus. You have no alibi and no regrets. The Goonies holds up. He demands you be drug tested.

You fail completely, natch, because you’ve been smoking a little weed on account of the fact that facing another barbaric tax season fills you with anxiety, especially because you’ve recently decided that maybe you don’t want to do this for a living because it’s messing you up, but you don’t know what in the hell else you’d be hired to do besides teaching young kids how to butt heads (mathematically/fiscally) with other grown men for a living.

“Yikes! He’s on drugs. He must be a real menace to society, smokin’ on that Devil Weed. I don’t get it, though. When I was taking weed back in the ‘70s, I would get too lazy to get up and run into people, let alone knock a woman out in an elevator. But this guy has got to be worse than that other fella.”

They suspend you for four weeks. An entire month of tax season. The crucial starting segment of the big battle. You miss it because you got high on something that definitely did not enhance your physical performance.

You find this odd, but you don’t see any way to do anything about it. It’s better you keep quiet, take the suspension, and then try and move on.

All you have to do is bide your time until a few years after retirement, at which point you can sue them for all the damages done to you that came with your voluntary decision to do the job for many years that they paid you handsomely for.

You tell many people this story, and they like it and unanimously and vehemently bellow that they would never ever support this kind of company, no matter what it was they were peddling.

They like it a lot less when you tell them that this entire story is an allegory for the current state of the NFL.

*She is now this man’s wife, believe it or not. And will be referred to as such for the remainder of this story. 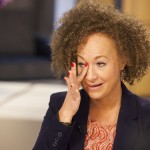 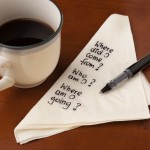 I Buzz therefore I am? more»

Does It Really Matter Who Makes More? 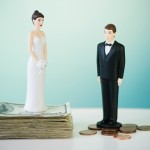 For richer (her) and poorer (you). more»