So a while back I railed (What? Rail? Moi?) about cake pops. And my railing was justified and righteous because cake pops are so la-la-la-lame. But a dessert-loving friend of mine recently sent me info on a newer, ever dumber fad.

Yes, that’s right, little tiny pies on a stick. It’s not even like it’s a bite of pie. It’s more like a nibble of pie. A sniff of pie. A whiff of pie. And for that whiff they charge you up the ass.

I am so on board.

It’s not that I love pie. It’s good but nothing to get my undies in a twist over. If someone is making a homemade pie and it’s a flavor I like (chocolate or pumpkin or peanut butter) then, sure, I’ll happily have a slice. But I don’t seek out pie on a regular basis. To me, pie is fine.

I love this idea and am throwing 100% of my support behind it. I don’t care if they taste good. Flavor is not important when it comes to pie pops. They can taste like a fried turd wrapped in a dirty sweat sock covered in spoiled Ranch Dressing and I’ll still give it mad love. I will happily purchase any pie pop available strictly based on its sheer stupidity. Seriously, anything this idiotic must be consumed on a weekly basis.

To me, pie pops are an entirely different breed of fad than cake pops. Cake pops are trying to look cool. Pie pops are not. They couldn’t look cool if they had their own professional dresser. Pie pops looks like tiny pies with sticks crammed up their butts. (Little known scientific fact — pies actually have butts. Look it up.) Cake pops at least look cute. Pie pops just look silly. No one is going to look cool or sexy or hip eating a pie pop. That automatically makes them awesome.

And I love the total disregard that pie pops have for the accoutrements that often come with pie. You can’t put ice cream on a pie pop. Same with whipped cream or, if you happen to be ninety years old, a slice of cheese. Not to mention the limitations in flavors. Yeah, a pumpkin pie pop is pretty common sight (it’s easy to form into a pop shape) but let’s see someone pull out a lemon meringue or coconut cream pie pop. I’d bet my brother’s left nut neither are going to happen cause it’s too hard to do. It’s almost as if pie pop makers have resigned themselves to saying, “Yeah. We know. Pie pops are kind of dumb. But, hey, people once really dug wearing jeans with pleats, so you never know!” For that attitude alone I have one word to say, and that word is, BRAVO.

I think for me the big appeal about pie pops is that it is so trending, it is so jumping on the bandwagon, it is so Johnny Come Lately that I can’t help but love it. It’s like pie pops know they are late to the party and they are just too idiotic to give a damn. They just want some — any — attention. It reeks of desperation and for some reason I find that appealing.  It’s the same reason I enjoy watching the early auditions for “So You Think You Can Dance” more so than the actual show.

So I say “yes” to pie pops. I am openly embracing the lameness. I am hugging the stupidity. I am French kissing and then dryhumping the forced newness and the blatantly-apparent riding of the coattails of this dessert fad.  Why not? I mean it’s not like they’re going to be around forever.

Variations on the Plank: Popular Exercise for Your Core 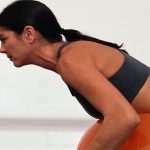 The plank is one of the most popular exercises, surpassing sit-ups and crunches for effective core... more»

7 Ways to Cut Calories in Beverages 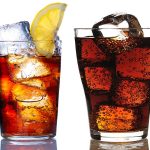 When counting calories, don’t forget those in beverages. You might not realize how many... more»

I’m Sorry I Don’t Care About Your Baby 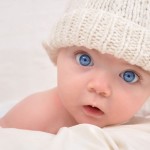 And I have children. more»