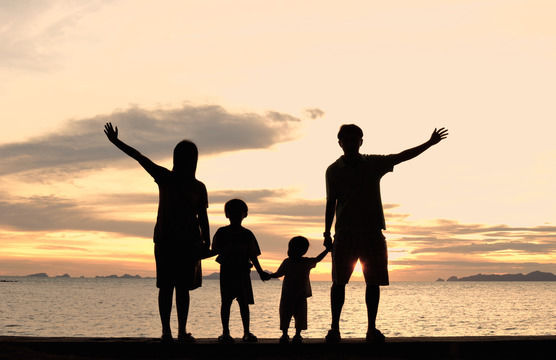 While I don’t really think that there’s such a thing as “normal,” if you look across the entirety of my childhood, it would seem, in the words of Dr. Evil, pretty standard, really. Oh no one’s quoting Austin Powers anymore? Not even in an ironic “So overplayed that it’s funny to use again” kinda way? Balls. Anyway, what I mean by that is while my childhood certainly had its ups and downs, there wasn’t anything majorly traumatic that happened. I didn’t have to overcome the odds, as it were. Probably the most “traumatic” event was that we moved twice, which admittedly is really not all that terrible.

This pretty standard childhood also included a generally wholesome family unit with parents who were and still are happily married. Their relationship has always been stable (or at least portrayed to my sister and myself as such). I feel like this had a huge impact in creating the nurturing and loving environment that I grew up in. I mean I’m not a child psychologist, or even a regular psychologist, so I could be completely wrong. My childhood environment could’ve been loving because my parents bought the OJ that has some pulp instead of lots or none. With the equal representation of pulp and juice, there’s less chance of polarizing family members who skew to either side, which promotes harmony. It’s my non-murder-related OJ theory. This is also how I reinforce the fact that I am not a psychologist. Or “smart.” But I digress.

I bring up my seemingly-idyllic childhood because most people would figure that having a stable childhood with loving parents is a good thing. That this situation is “perfect” for becoming a well-adjusted member of the greater population. Most people are also idiots.

Let’s get some disclaimer-y stuff out of the way. What I’m about to say is in no way condoning intentionally giving your child a crappy childhood. If you tell me you’re a terrible parent because of this article, I will first profusely thank you for reading my article, then promptly punch you in the face for being one of the aforementioned idiots. That being said, growing up in an idyllic environment does have its downsides.

For starters, it completely screws up your perception of normal. When you’re a kid, and you see things around you that are good and happy and loving, you think that this is the way the world works. It’s not that you just happen to be in a good situation, it’s that clearly every situation is a good one. In fact, you don’t even think the good situations are good. They’re just, well, normal. That causes some harsh reality checks when you realize that for the most part the world isn’t good and happy and loving. What you consider normal the rest of the world considers a good situation. What you consider a good situation is considered riding a pet dinosaur to work by the rest of the world (otherwise known as the best situation).

You also get this skewed notion of what a relationship is. When you see the relationship your parents have, you again think that this is norm. Surely that must mean that every person you meet and every relationship you will be in will be exactly like the relationship of your stupid parents with their stupid soulmate qualities. Obviously this is a naive notion, but it nonetheless causes issues in relationships early on. For instance wanting to break up with someone because they aren’t able to say what you’re thinking (YOU DIDN’T KNOW ME AT ALL, DARLA. AT. ALL.).

I guess what I’m getting at is that while having a good childhood and a loving family is good for being of sane mind while you’re a kid (though one look at me and the “sane mind” argument is thrown right out the window), it doesn’t really prepare you for the sh*ttiness of the real world. It’s certainly tragic for someone to have a rough childhood. And I don’t wish that on anyone. But because of the things they were able to endure, in some ways they’re better suited to handle what life throws at them.

I have some friends who went through seriously trying times in their past. Stuff that, quite frankly, I’m not sure I’d know how to handle even now as a tough-as-nails manly man who most certainly doesn’t cry every time he sees Love Actually (damn you, closing credits airport scene!). But my friends made it through that stuff. And every once in a while they’ll be discussing some recent hardship, and something about the way they approached the situation, or even just the way they talk about it unknowingly reveals this amazing strength. Strength that manifested itself from overcoming incredible odds.

So thanks a lot, Mom and Dad. Because of you, I consider not being able to find a parking spot a major life obstacle to overcome. I brush off emotional turbulence with the effectiveness of a broom when compared to the new and improved Shark Rocket Vacuum HV300, with its no-loss suction and rocket technology (yeah, I’m a fiend for infomercials). I can totally handle anything, unless it’s something really bad, then I’d rather just hide under my blanky. You sure did raise one tough son.*

* To be clear, I love my parents very much, and do not actually mean the passive-aggressive dig at the way they raised me. I accept all the crap they’re going to give me when they read this article, ‘cause thanks to them I have the strength to overcome it. 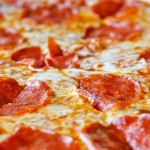 The Slow Cooker Makes a Comeback 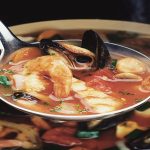 You might think of a slow cooker as your grandma’s favorite timesaver, but this countertop... more»